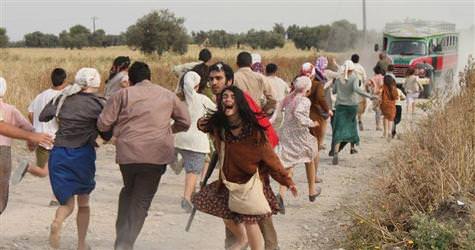 Derviş Zaim’s film Shadows and Faces has made its mark on the Ankara Film Festival by not only winning for best film and director but also taking home a total of seven awards.

At this year's 22nd International Ankara Film Festival, Derviş Zaim's film Shadows and Faces (Gölgeler ve Suretler) which is set in Cyprus almost 50 years ago, reaped significant success in the National Competition.
The festival, which SABAH has taken on press sponsorship, has selected Shadows and Faces for the year's best film, best director and best actress (Popi Avraam), just three amongst the total seven awards the film won. Amongst other winners at last night's awards ceremony was Güven Kıraç who won as best actor for his performance in The Crossing (Kavşak), Onat Kutlar won three awards, including best screenplay for Press. Another film which stood out at last night's awards was White as Snow (Karbeyaz), which was the recipient of the Mahmut Tali Öngören special award. Settar Tanrıöğen won as best supporting actor for his parts in both The Majority (Çoğunluk) and Shadows and Faces.
EXCELLENCE AWARD
Meanwhile, director Derviş Zaim has also received an award from the states. Zaim was the recipient of the Excellence Award by the 10th Boston Turkish Film Festival. The award was given to Zaim for his significant contribution to Turkish cinema. In the past, this award was seen fit for the likes of Zeki Demirkubuz, Reha Erdem, Nuri Bilge Ceylan and Yeşim Ustaoğlu.