Özpetek's Aida is filling up Florence 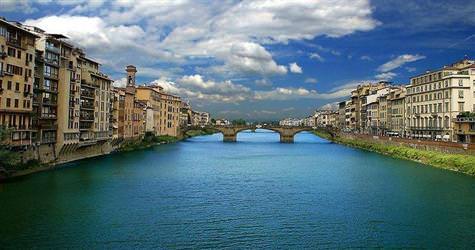 Tours of Florence are fast to fill-up as Ferzan Özpetek's Aida Opera to play at the Teatro del Maggio is drawing visitors to Italy. Fest Travel, which has organized a tour especially for those wanting to attend the opera, has had to arrange a second tour to accommodate demand. The 1,350 Euro tour is already fully booked.

The production of Turkish director Ferzan Özpetek's Aida Opera at the Teatro del Maggio running from April 28th to May 12th has been filling tours to Florence. Turkish tourists that not only want to watch the opera, but also want to visit Italy are conveniently scheduling their tours in order to offer their support for the Turkish director. The Aida Opera is Özpetek's first dalliance into this form of art and runs every Saturday until May 12th at the Teatro del Maggio.
SECOND TOUR OPENED
When Fest Travel's tour of Florence organized especially to accommodate the demand to see Özpetek's Aida sold out, they decided to add an additional tour. According to Fest Travel authorities, the second tour they have added has also already been filled. This is the first time a Turk is directing an opera at the 74th annual music festival 'Maggio Musicale Fiorentino'. Italian resident Özpetek has expressed intentions to depict certain elements of Turkish culture in his version of Italian composer Guiseppe Verdi's Aida. Opera tickets range from 33 Euros to 275 Euros over the internet, however those on the tour will be able to watch the show from the front row. Tours to Florence to see Ferzan Özpetek's opera start at 1,350 Euros.