'Darling, you smell of Istanbul…’ 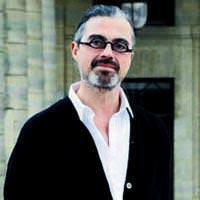 England's The Times newspaper has written an article about the designer's special perfumes produced for four different European cities in addition to Istanbul under the headline, "Darling, you smell of Istanbul."
The series, entitled "The Scent of Departure" created by the famous French perfumer Gerald Ghislain has bottles designed to resemble luggage tags. In addition to Istanbul, the series also has perfumes dedicated to Vienna, Budapest, Frankfurt and Munich, consisting of the combination of scents that has remained in his memory from these cities.

A SMALL BOTTLE COSTS 29 EUROS
Inspired by the "energetic and breathtaking Grand Bazaar, Turkish delight and other magical locations such as the Topkapı Palace and Sultanahmet Mosque," Gerald Ghislain created his Istanbul scent by blending the aromas of grapefruit, bergamot, resin, sweet spices, sandalwood, cinnamon and musk. Manufactured under the slogan "A bottle of perfume' Ghislain's scents are only available in duty free or travel stores and the 50 ml sized bottles sell for 29 Euros.