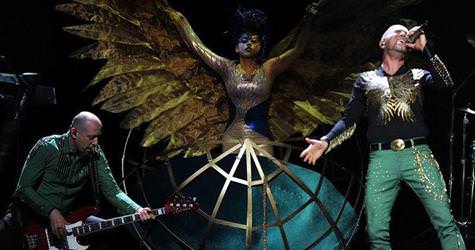 Turkey’s representatives Yüksek Sadakat did not make the finals after last night’s semifinals performance and subsequent voting for the 56th Eurovision Song Contest in Dusseldorf, Germany.

It has been a long time since Turkey has not been a finalist in the Eurovision Song Contest, however in last night's semifinals Turkey's representatives Yüksek Sadakat failed to make the top ten.
The following countries' performances in the first round of semifinals, broadcasted last night on TRT, have been selected to perform in the finals: Serbia, Lithuania, Greece, Azerbaijan, Georgia, Switzerland, Hungary, Finland, Russia and Iceland.
How many points Yüksek Sadakat actually received will be revealed on Thursday. Also on May 12th, the second round of semifinals will determine the remaining countries to compete in the finals which will run on May 14th.