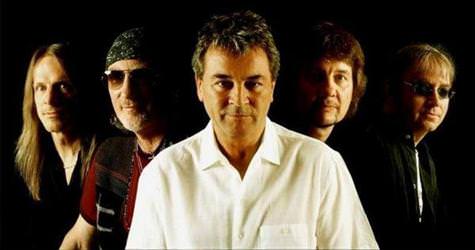 One of the biggest bands in history, and the creators of modern rock and the heavy metal sound, the legendary group Deep Purple, performs tonight at Maçka Küçükçiftlik Park.

Having sold over 100 million albums after their first release entitled "Shades of Deep Purple" in 1968, Deep Purple have become legends in their own right while also carry the title of being the world's loudest group according to the Guinness Book of World Records. With a past spanning over 40 years and known for having created one of the most significant virtuosos in music history, Deep Purple has been affiliated with the likes of founding member Ritchie Blackmore, David Coverdale, Glenn Hughes, Joe Lynn Turner and Joe Satriani to name just a few of the band members that have come and gone.
With hits including 'Smoke One The Water', 'Child In Time', 'Perfect Strangers', 'Black Night', 'Highway Star' and one of the best songs of the 90's 'Sometimes I Feel Like...' Deep Purple takes the stage tonight with the classic line-up of Ian Gillan, Roger Glover and Ian Paice as well as Steve Morse, considered one of the best guitar virtuosos in recent years, who came in to replace Ritchie Blackmore and Don Airey who filled Jon Lord's position, who left the band in 2002.
Deep Purple performs tonight May 18th at the Maçka Küçükçiftlik Park for an unforgettable concert for Istanbul fans!
Date: May 18th, 2011
Time: 19:00
Venue: Küçükçiftlik Park, Istanbul