Jamiroquai is coming to Istanbul! 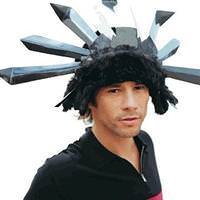 Known for their fusion of house rhythms with a seventies sound, Jamiroquai has seen worldwide chart success. Even though a number of band members have com e and gone since the group first formed, the most symbolic member, songwriter and singer Jason Kay has always remained at the forefront of the band.
Jamiroquai released their first breakout single "When You Gonna Learn" in 1992.
In 1993, the album "Emergency on Planet Earth" took the band to the top of England's charts. The success of their second album was not limited to Europe however and their fame made it all the way to Japan. Now, the entire world was dancing to their tunes. The 1996 release, "Traveling without Moving" found fame throughout the world and received significant acclaim for its accompanying music videos deemed some of the best of all-time.

Their album "Dynamite" was released in 2005 and recorded in studios in Spain, Italy, Costa Rica, Scotland, New York, Los Angeles and Jamiroquai's own studio in Buckinghamshire.
This summer, Jamiroquai comes to Istanbul to play for fans on June 26th in the Turkcell Kuruçeşme Arena. Ticket prices are 261.00 TL for in front of the stage and 108.00 TL standing.