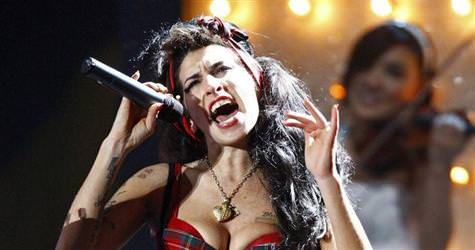 Taking the stage tomorrow night at the Maçka Küçükçiftlik Park, Interpol will be kicking off Turkey’s concert season. Not only Istanbul, but a number of other towns throughout the nation will be hosting international stars for concerts throughout the summer.

Turkey is getting ready to host a summer full of concerts. The season's concert schedule kicks off tomorrow with a performance by Interpol. Throughout the summer, cities such as Istanbul, Ankara, Izmir, Adana and Ankara will be hosting a number of international stars, including Amy Winehouse, James Blunt, Elton John and Bon Jovi to name a few. There will also be a number of rock festivals such as Sonisphere, One Love and Roke'n Coke, geared for rock and heavy metal fans.
JUNE
American indie rock group Interpol plays on June 1st at the Maçka Küçükçiftlik Park. Former Eurovision contenders, Mor ve Ötesi, will be opening. Concert tickets are 55.5 and 130 TL.

Sonisphere
Although last year Sonisphere offered a three-day program, this year Sonisphere comes to Turkey for a single day. The festival takes place on June 19th at the Maçka Küçükçiftlik Park and hosts the heavy metal groups Iron Maiden, Slipknot, Alice Cooper, In Flames and Mastodon. Tickets are on sale for 148.5 lira. Stage front seats are 295TL, while VIP seats are selling for 520 TL.

James Blunt
With a significant fan base in Turkey, James Blunt plays June 24th at the Maçka Küçükçiftlik Park and will be at the Izmir Arena on June 25th.

Jamiroquai
One of the most significant funk musicians of all time, Jamiroquai plays the Turkcell Kuruçeşme Arena on June 25th. Concert tickets are 108 and 261 TL.

Istanbul Jazz Festival
This year, the 18th Istanbul Jazz Festival will host artists such Paul Simon and English soul singer Joss Stone, Marcus Miller, Herbie Hancock, Wayne Shorter, Natalie Cole and Buika amongst many others. The festival is held from July 1st to the 19th.

Rock'n Coke
After taking a break last year, the Rock'n Coke festival returns this summer to the Hezarfen Airport. Held on June 16th and 17th, bands Motörhead, Limp Bizkit, Travis, the Kooks and Moby will perform.

SEPTEMBER
UNIROCK FESTIVAL
The last mega festival of the season, Unirock, will also be held at the Maçka Küçükçiftlik Park. From September 9th to the 11th, HammerFall, Between The Buried And Me, Opeth, Mayhem, Katatonia and Eluveitie will be taking the stage.