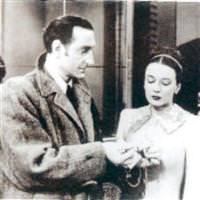 Sherlock Holmes creator Arthur Conan Doyle's debut novel is to be published for the first time in September, nearly 130 years after it was written.

"The Narrative of John Smith" was unfinished and differed radically from the Sherlock Holmes stories that made him famous, but experts said it offered a window into the mind of Conan Doyle as he started out as a young doctor and author.

"What is interesting about it is not the story for its own sake but as a look inside the mind of this very young man -- a struggling physician who is struggling even harder to become a published writer," said Jon Lellenberg, one of the book's editors and a Conan Doyle expert based in Chicago.

To be published by the British Library which owns an extensive Conan Doyle collection, the book was written in 1883 and 1884, a few years before the publication of "A Study In Scarlet," the first story to feature the character of Holmes.

Through the character of John Smith, a 50-year-old man confined to his room by an attack of gout, Conan Doyle sets down his thoughts and opinions on subjects including literature, science, religion, war, and education.

Lellenberg said that while Smith was not a precursor to Holmes, other characters bore more than a passing resemblance to future personalities in the detective stories including his sidekick Dr. Watson.

"He's clearly thinking about characters who would become major figures (in the Holmes novels)," Lellenberg said.

According to the introduction to the novel, The Narrative of John Smith is not what modern readers might call a "page turner."

"There is very little in the way of plot or characterization: the work is essentially a series of lengthy reflections on contemporary debates occupying the young Conan Doyle in his early twenties," it reads.

"The Narrative is not successful fiction, but offers remarkable insight into the thinking and views of a raw young writer who would shortly create one of literature's most famous and durable characters, Sherlock Holmes."

Conan Doyle himself once remarked that he would rather the story never saw the light of day, according to Lellenberg.

"It's not because of the issues in there as he was never afraid to tackle controversial issues. But I think he recognized how immature the work was."

Conan Doyle was in his early 20s when he wrote his first novel, although he had already had a number of short stories published in literary journals of the time.

They had been published anonymously, and the doctor living in the southern English city of Portsmouth realized he would have to move into novels to establish himself as a writer.

The original manuscript of The Narrative of John Smith was lost in the post on the way to the publisher, and Conan Doyle had to rewrite it from memory.

British comedian and actor Stephen Fry said the publication of the early Conan Doyle work would add to people's understanding of the breadth of his knowledge and curiosity.

"He was the first popular writer to tell the wider reading public about narcotics, the Ku Klux Klan, the mafia, the Mormons, American crime gangs, corrupt union bosses and much else besides," he wrote in a statement.

"His boundless energy, enthusiasm and wide-ranging mind, not to mention the pitch-perfect, muscular and memorable prose is all on display here in a work whose publication is very, very welcome indeed."