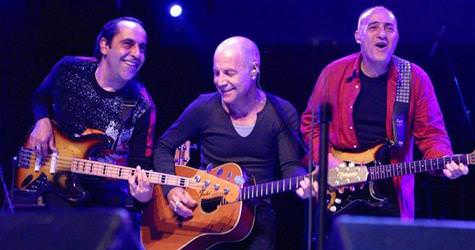 This July, the Harbiye Açıkhava (Open Air) Cemil Topuzlu stage will be hosting a number of Turkey’s favorites as well as international stars spanning from Sertab Erener to Gloria Gaynor.

The most highly anticipated concerts for this summer will be performed this July at the Harbiye Open Air Theater. The July Summer Concert Series 2011 (July Yaz Konserleri 2011) organized by Pera will take place between July 8th and 31st and will be connecting music lovers to a number of musical greats.

Pegged to be one of the largest concert organizations of the year, the 'July Summer Concert Series 2011 will take place between July 8th to the 31st at the Cemil Topuzlu Harbiye Open Air Theater. The series will be bringing musical joy to the hot summer nights with performance by the likes of Gökhan Tepe, Feridun Düzağaç, Zuhal Olcay-Bülent Ortaçgil, Sertab Erener-Demir Demirkan, MFÖ's 40th anniversary concert, Gloria Gaynor-Enbe Orchestra.

For those who do not want to miss the musical festivities, tickets are available at Biletix.