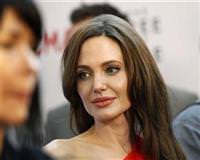 Angelina Jolie and Sarah Jessica Parker, with annual salaries of $30 million each, are the highest paid actresses in Hollywood, according to a new ranking.

Jolie topped the Forbes.com list thanks to the worldwide success of her action film "Salt," which brought in $300 million, and "The Tourist," which also featured Johnny Depp and earned $280 million in global sales.

Much of Parker's hefty salary comes from reruns of her hit television show "Sex and the City, which she starred in and produced, and earnings from the second film from the series which generated $290 million.

"People may be surprised to see Sarah Jessica Parker up there but they may not realize that in addition to acting, she earns big from her perfumes and endorsement deals," said writer Dorothy Pomerantz of Forbes.com. "Also she's coming off of Sex and the City 2 which turned a healthy profit."

Jennifer Aniston and Reese Witherspoon were not far behind in the rankings with each actress bringing home $28 million.

Aniston film "Just Go With It" is her fourth highest earning film in the U.S.

The top 10 earning actress made a total of $218 million between May 2010 and May 2011, according to Forbes.com, which compiled the list by talking to producers, lawyers, agents and Hollywood insiders to estimate what each actress earned.

Last year's top earner, Sandra Bullock, has enjoyed a 12-month movie hiatus and dropped to No.9 with earning of $15 million.