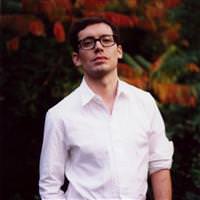 The fact that Kate Middleton, the new bride to England’s second in line to the throne Prince William has already worn two dresses by Turkish fashion designer Erdem Moralıoğlu has not gone unnoticed.

An article published by British broadcasting corporation BBC entitled, 'Three royal women and their dresses' draws attention to the fact that during her tour of Canada, Kate Middleton has donned two dresses by the Canadian-born Turkish designer Erdem Moralıoğlu.
Describing Erdem Moralıoğlu as the 'new darling of British fashion', the article mentions that the Turkish designer is also of favorite of British Prime Minister David Cameron's wife Samantha Cameron as well as that of former Prime Minister Gordon Brown's wife Sarah Brown.
The article also notes that Moralıoğlu, who was born in Quebec to a Turkish father and English mother, received his training at London's Royal College of Arts.