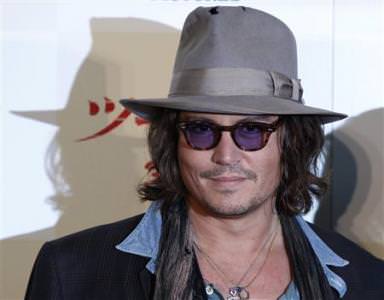 "Hollywood careers are built on smart (and not always obvious) choices," Forbes said in its annual look at the film world's best-paid stars.

It added that DiCaprio and Depp, who earned $77 million and $50 million respectively, are living proof of that.

Funnyman Adam Sandler, who earned $40 million, captured the No. 3 spot while Will Smith and Tom Hanks were close behind, at $36 million and $35 million.

Forbes described Sandler, a "Saturday Night Live" alumnus, as one of the surest things in Hollywood, and added that even if his films are not loved by critics they are popular with the ticket-buying public.

Although Smith has been focusing more on his family lately, he still managed to be among the top five best-paid actors. Hanks' film "Larry Crowne" was a flop but the actor also voices Woody in the "Toy Story" films. The third "Toy Story" film was the highest-grossing animated film of all time.

DiCaprio, who vaulted from fifth to first place, had two box office hits last year, "Shutter Island" and "Inception," which between them earned more than $1 billion.

In his next films he'll play FBI chief J. Edgar Hoover and the title role in "The Great Gatsby."

Depp, last year's top-paid actor, continues to sell tickets with his foppish turn as Jack Sparrow in the popular "Pirates of the Caribbean" franchise.

Forbes compiled the list based on earning after speaking to agents, lawyers, producers and industry insiders to estimate what each actor earned for the year that ended May 1.

The salaries were compiled based on information gleaned from agents, lawyers, producers and other industry insiders on actors' compensation for the year ended May 1.