The heart of the art world to beat in Istanbul 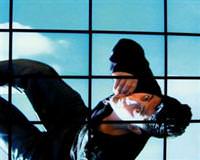 In September, Istanbul’s museum and galleries will be hosting a number of new pieces from internationally-acclaimed artists. All eyes in the international art market will be on Istanbul as the metropolis hosts its 12th Biennial.

The 12th Istanbul Biennial, which begins on September 17, will once again revitalize the nation's art world. The leading art establishments in Istanbul's art world have already begun scheduling their bookings for September and October. Art centers, museums and galleries are planning to show some of the latest works from masters such as Kutluğ Ataman, Halil Altındere and Ergin Çavuşoğlu for art lovers during the Biennial, which will bring Istanbul to the forefront for the modern art world. This season the exhibit entitled İstanbullulaşmak which will open at SALT coupled by Sophe Calle's project focused on people from Istanbul, will make being an 'Istanbullu' a subject of debate. In addition, a number of group exhibitions prepared by important curators will also be on display at a variety of galleries and museums throughout the city.
KUTLUĞ ATAMAN'S MESOPOTAMIA ON DISPLAY AT ARTER
Between September 15th and November 16th, Arter, a favorite of Beyoğlu art centers, will be hosting Kutluğ Ataman's Mezopotamya Dramaturjileri series for its first-ever viewing in Turkey. Kutluğ Ataman's, Mezopotamya Dramaturjileri series details Turkey's path to modernization. The piece, which consists of eight pieces focuses on concepts such as past and future, locality and globalism and eastern and western societies. Mezopotamya Dramaturjileri, was shown prior in 2009 for Linz Europe's Capital of Culture festivities at Lentos Art Museum and in 2010 at the opening of Rome's international museum MAXXI.

ISTANBUL AT SABANCI AND SALT
Two exhibits showing at the Sakıp Sabancı Museum (SSM) and SALT will have viewers pondering on the meaning behind being from Istanbul. The SSM exhibit, which will run during the Biennial, will host French artist Sophie Calle, one of the tenbest contemporary artists as selected by leading U.S. magazine Newsweek. For this very special project by Sophie Calle and the SSM, a group of people from Istanbul were taken under a microscope of sorts.
At SALT in Beyoğlu, a giant database is being set up to display the people who make up Istanbul. The exhibit will show between September 13th and December 31st. Visitors will be able to see artist videos, photography exhibits, documentary films, news clips, caricatures and architectural projects made between the years 1999 to 2011. Within the framework of the database, this exhibit contains over 400 pieces of visual and written art, contained within 80 different categories.
ISTANBUL MODERN AND PERA WILL BE TAKING US BACK IN TIME
The 'Hayal ve Hakikat - Türkiye'den Modern ve Çağdaş Kadın Sanatçılar' (Dream and Reality-Modern and Contemporary Women Artists from Turley) exhibit, which will show at the Istanbul Modern from September 16th to January 8th, spans all the way back to the 1900's.
FROM THE VENICE BIENNIEL TO AKARETLER
Galeri Rampa in Akaretler hosts an exhibit entitled 'Başkalık' (Otherness) which will have works on display by Ergin Çavuşoğlu that were previously shown at the Turkish Pavilion of the 50th Venice Biennial in 2003. From September 17th to October 22nd, both older and newer pieces by artist Çavuşoğlu will be on display in an exhibit that will include a large video installment as well as sculptures and drawings.
MENTALCLINIC EXHIBIT REPLACES TANER CEYLAN
Taner Ceylan was expected to hold an exhibit at Galerist in the fall, however unfortunately that has fallen by the wayside. Instead, Galerist will be hosting a project by an artist duo entitled 'Mentalklinik' (Metalclinic). The exhibit will be hosted by Galerist yet held at the Hasköy İplik Factory. Jerome Sans will be curator to the exhibit entitled 'That's Fucking Awesome' which will show ten years of work by Yasemin Baydar and Birol Demir.
HALİL ALTINDERE TO SHOW 15 YEARS OF WORK
Pilot, a brand new gallery situated in Cihangir on Sıraselviler will be kicking off the season with a comprehensive Halil Altındere exhibit. The art show will display works by the artist spanning back 15 years as well as his most recent pieces.
A NEW CONTEMPORARY ART PLATFORM AT LÜTFİ KIRDAR
Aiming to reflect Istanbul's approach to contemporary art, Art Beat Istanbul, will be open for art lovers from September 14th to the 18th. Held at the Lütfi Kırdar Convention and Exhibition Center, Art Beat will have works from artists represented in 20 of Istanbul's leading galleries.