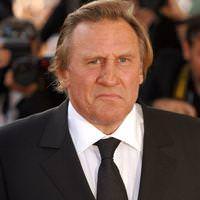 French actor Gerard Depardieu outraged fellow passengers by urinating in the aisle of an Air France flight as it prepared to take off on Tuesday, forcing the plane to turn back to its parking spot.

A passenger on the flight said Depardieu, 62, the star of movies such as "Jean de Florette" and "Green Card", appeared to be drunk and insisted he be allowed to use the bathroom during takeoff, when passengers must remain seated.

When he was asked by a hostess to return to his seat, Depardieu urinated in the aisle, the passenger told French radio station Europe 1 on Wednesday.

"You could see that he had been drinking, but there were no comments. The hostess was shocked but there was no argument, nothing," said the passenger.

"I was outraged. When you are an actor, you are not like other people, you do not have to abide by the rules. He could have waited, all the same."

A spokesperson for national carrier Air France confirmed the passenger's version of events.

"I confirm the fact that he (Depardieu) did indeed urinate in the plane," the spokesperson said.

Depardieu's agents were on vacation and his PR office had no comment to make.

The evening flight AF5010 operated by CityJet, a subsidiary of Air France, was forced to return to the terminal where a team boarded the plane to clean the carpet.

A spokesperson for CityJet said a passenger was escorted from the plane and the flight resumed after a delay of an hour and 15 minutes. He declined to confirm the passenger's identity.

Depardieu is one of France's best known actors internationally with more than 100 films under his belt, including the "Asterix" series.

He was awarded a Cesar -- the French equivalent of an Oscar -- for best actor for his interpretation of the large-nosed romantic Cyrano de Bergerac in the 1990 movie of the same name.