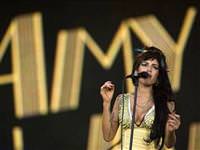 Toxicology results released to the family of singer Amy Winehouse this week raised almost as many questions as they answered, experts said Wednesday, keeping the cause of the "Rehab" singer's death a mystery.

The Winehouse family issued a statement Tuesday saying no illegal substances were found in the 27-year-old's system following her death at her north London home on July 23.

The absence of banned drugs may come as a relief to her father Mitch, given Winehouse's history of drug and alcohol addiction and rampant speculation about the role narcotics may have played in her shock passing.

"This doesn't make me feel the loss of my daughter any less, but we are pleased to be able to set the record straight to a certain extent," he told British tabloid, The Sun.

Yet the statement did not specify whether there were any legal drugs found and said "alcohol was present, but it cannot be determined as yet if it played a role in her death."

Adding to the confusion was the fact that the toxicology results were given to the family and not made public in their entirety, allowing them to protect her legacy.

Addiction experts and toxicologists said the information released Tuesday did little to solve the riddle of Winehouse's death. While the cause could become clearer at a full inquest to be held on October 26, even then it could be assessed as "undetermined."

"Combinations of perfectly legal substances can be lethal," said Jeremy Clitherow, a community pharmacist based in Liverpool, northern England, who specializes in addiction.

"You would have to look at the wording (of the toxicology report). You'd have to see the report rather than the paraphrased version. We can't speculate."

DEATH BY WITHDRAWAL NOT NORMAL

Mitch said during his funeral address that he believed Winehouse had conquered her drug addiction three years ago but was trying to deal with a drinking problem.

However, the presence of alcohol in her system when she died, coupled with stories in both the Sun and Mirror tabloids that she had been drinking in the days before her death, have led to doubts that she died from quitting.

Clitherow believed that while possible, the "cold turkey" theory was improbable based on his experience.

"It is very unusual for people to die from alcohol withdrawal," he said. "You can get delirium tremens (DTs), but normally you survive."

Moreover, the Winehouse family statement did not specify how much alcohol was in her system and what sort of impact it may have had on her overall health at the time she died.

"It seems unusual to say that alcohol was present but not be able to say what sort of effect that quantity may have had," toxicology expert Graham Mold said, adding that the confusion may be caused by different levels of alcohol at different "sites" in the body.

Adding to the uncertainty, Winehouse had suffered health scares in the past which could have worsened her condition.
Mitch said in 2008 that his daughter had developed the lung condition emphysema "in its early stages," and that Winehouse had been warned she would die if she continued to smoke drugs.

"If she doesn't go back to drugs, then she can lead this magnificent life," he said at the time, when Winehouse was 24. "We are praying that that's what Amy really wants. She seems resolute."