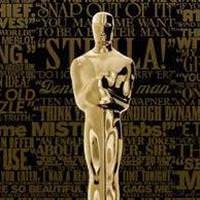 Seven films from Turkey have applied to be nominated for the February 2012 84th Oscar awards.

On February 26th, 2012 the Oscar awards will be distributed for the 84th time. Seven full length films from Turkey have applied to be considered by a council consisting of members from film trade organizations and associations.
According to regulations each film must have run for at least seven days in commercial cinemas in Turkey between the dates of October 1st, 2010 and September 30th, 2011.
The film that will go through to the American Film Academy will be determined by the council in the first week of October. The following films are up for consideration to be selected as a nominee for the Best Foreign Film category:
Selim Demirdelen´s Kavşak
Orhan Oğuz´s Hayde Bre
Derviş Zaim´s Gölgeler ve Suretler (Shadows and Faces)
Handan İpekçi´s Çınar Ağacı
Nuri Bilge Ceylan´s Bir Zamanlar Anadolu´da (Once Upon a Time in Anatolia)
Seyfi Teoman´s Bizim Büyük Çaresizliğimiz (Our Grand Despair)
Seren Yüce´s (Çoğunluk)