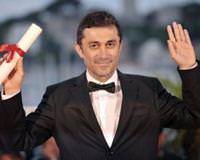 Two entries in the Academy's Best Foreign-Language Film category are among the five Best Feature Film nominees at the 2011 Asia Pacific Screen Awards, which announced its nominees on Monday.

Iran's "A Separation" (left) and Turkey's "Once Upon a Time in Anatolia," both Oscar entrants, were nominated for the APSA's top prize. Other nominees include another Iranian film, "Be Omid E Didar" ("Goodbye"), China's "Rang zidan fei" ("Let the Bullets Fly") and India's "Band Baaja Baaraat" ("Wedding Planners").

Overall, nominations went to 37 of the 240 films entered into the competition.

Asghar Farhadi's "A Separation" and Nuri Bilge Ceylan's "Once Upon a Time in Anatolia" each received four nominations to lead the pack. U.S. rights for the two films have been acquired by Sony Pictures Classics and the Cinema Guild, respectively.

Established in 2007, the Asia Pacific Screen Awards are an initiative of the government of Queensland, Australia, in collaboration with UNESCO and the International Federation of Film Producers. They are open to films from the Asia-Pacific region, an enormous area that stretches from Egypt to the Cook Islands, and from Russia to New Zealand.

The 2011 winners will be determined by an international jury and announced at a ceremony in Queensland, Australia on November 24.