Once Upon a Time in Anatolia makes Academy Awards cut 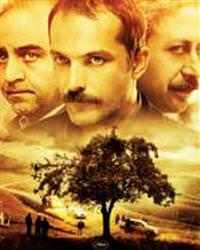 The Academy has released the final list of eligible films in the Best Foreign-Language Film category, with submissions from 63 countries making the cut.

The total is two less than last year's record 65 entries.

TheWrap has compiled a master list of information about all the animated films, and links to their trailers: Oscar's Foreign-Language Submissions: The Master List

This year's crop includes "The Orator," the first ever submission from New Zealand.

Missing from the list are a couple of films that were submitted by their countries but disqualified by the Academy's foreign-language executive committee, which vets films to make sure the majority of their dialogue is in a language other than English, and the creative personnel hail from the country of origin.

Albania originally submitted "The Forgiveness of Blood," for instance, but the committee disqualified the film.

Although the movie was shot in Albania and is in the Albanian language, several key crew members were American and British, including the U.S.-born director Joshua Marston (whose first film, "Maria Full of Grace," was submitted by Colombia and disqualified for the same reason).

Upon learning of the disqualification, Albania immediately submitted another film, "Amnesty," which was approved.

A submission from the Central African Republic was also disqualified, according to an Academy member with knowledge of the committee's deliberations.

That last film is one of an unusually large number of entries from female directors.

"Pina" will be screened for voters in 3D, the first such screening in the category's history. It is also competing in the Best Documentary Feature category, but in that category, first-round voters will view it on 2D screener DVDs.

As usual, the U.S. company with the strongest presence in the field is Sony Pictures Classics, which currently has the rights to four of the strongest contenders and likeliest nominees: Poland's "In Darkness," Israel's "Footnote," Iran's "A Separation" and Lebanon's "Where Do We Go Now?"

Volunteer members of the Academy, divided into four color-coded groups, will begin screening the submissions on Friday at the Academy's Samuel Goldwyn Theater. After each screening, voters will score each film on a scale of six-to-10. They'll have access to their scoresheets if they later reconsider and want to change their scores.

Once the screenings end in mid January and the six highest-scoring films are determined, an executive committee will meet and add three more films to the list to create a shortlist of nine semi-finalists.

Two select second-round committees will then view the nine films over a three-day period; their votes will determine the five nominees.

Colombia: "The Colors of the Mountain," Carlos Cesar Arbelaez

Indonesia: "Under the Protection of Ka'Bah," Hanny R. Saputra

Ireland: "As If I Am Not There," Juanita Wilson

Kazakhstan: "Returning to the 'A',"Egor Mikhalkov-Konchalovsky

Lebanon: "Where Do We Go Now?," Nadine Labaki

Lithuania: "Back to Your Arms," Kristijonas Vidziunas

The Philippines: "The Woman in the Septic Tank," Marlon Rivera

Turkey: "Once Upon a Time in Anatolia," Nuri Bilge Ceylan

Vietnam: "The Prince and the Pagoda Boy," Luu Trong Ninh