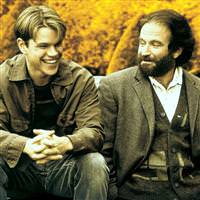 Robin Williams married his girlfriend Susan Schneider over the weekend in Napa Valley, the section of northern California known for wine and romance, the actor's representative said on Monday.

The 60-year-old Oscar-winning comedian met Schneider in 2009, after she helped nurse him back to health following surgery to a faulty heart valve, the actor told British newspaper The Guardian in 2009. It is his third marriage.

The actor's daughter, Zelda, on Saturday posted on Twitter "Let the wedding madness begin!" with updates from the festivities throughout the day.

Williams has enjoyed huge success in Hollywood, but has had a turbulent personal life, battling alcoholism, health issues and going through two divorces.

He was previously married to Valerie Velardi, with whom he has one child, and Marsha Garces, whom he divorced in 2008 after having two children.

Williams, who has a career spanning over three decades, is best known for family comedy films like "Mrs. Doubtfire" and "Night at the Museum." He is an established stand-up comedian and won an Oscar for supporting actor in "Good Will Hunting" in 1998.

The actor will next be heard voicing two characters in the upcoming animated comedy, "Happy Feet Two."