A Turkish cellist and Greek pianist perform in Istanbul 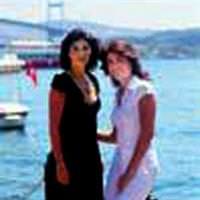 With a friendship that spans back to their years studying in the conservatory in Paris, the duo have released an album entitled Metamorphosis. Tonight's concert is sure to invoke a romantic atmosphere as the performers play a medley of classic and modern works while also combining a number of familiar melodies. During tonight's concert, the duo will also perform the song Rendez-vous avec une inconnue, which was written for them by Greek composer Nixos Xanthoulisas well as Atala's piece Metomorphosis, which is also the namesake of their album.
Last Update: Dec 10, 2011 11:52 am
RELATED TOPICS