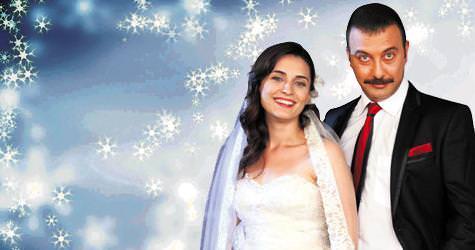 MİLLİ PİYANGO LOTTERY DRAWING
Tonight's Milli Piyango New Year's Eve drawing will be held on TRT 1. All of Turkey will be able to be a part of the excitement as they witness the drawing live on TRT 1 at 21:40.

HADİSE HITS
Hadise performs a special New Year's Eve concert in which she will sing favorites such as 'Stir Me Up', 'Deli Oğlan' and 'Düm Tek Tek': Show TV 23:30.

'HALUK' GOES TO AN ITALIAN RESTAURANT
On Çocuklar Duymasın, 'Haluk' dreams of ushering in 2012, yet with a surprise plan he finds himself in an Italian restaurant. The evening will end however in the hospital: Atv 22:55.

AND THE LONG AWAITED MOMENT ARRIVES!
The surprise of the year on 'Yahşi Cazibe'! Mad at 'Cazibe', 'Kemal' will continue to lead his life with 'Simge' only pretending to be happy. 'Kemal' throws a New Year's Eve party at home and is thrilled with 'Cazibe's surprise return. It is then that they kiss for the very first time! Atv 20:00