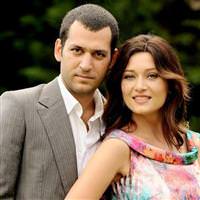 When an Athens taxi driver learned his passenger was the boss of an Istanbul-based company that brings Turkish TV dramas to Greece he reached for his phone, called his wife and put her through to the man sitting in the back seat.

"She had to know what happens next," Global Agency chief executive Izzet Pinto said with a laugh. "I was expecting success but not like this."
It all began when crisis-stricken Greek TV channels realized that buying the glitzy tales of forbidden love, adultery, clan loyalties and betrayal from long-standing regional rival Turkey, was cheaper than filming their own.
The action-packed dramas quickly came to dominate the ratings despite the fact that they are broadcast in Turkish with only subtitles in Greek and have gained a devoted following among a Greek populace disheartened by the country's biggest financial crisis in decades.
Local commentators even talk of a Turkish invasion, pointing to the history of enmity between the two countries who have been on brink of war on several occasions in the past.
Relations have warmed and natural disasters in both countries have brought them closer. But Greeks know little about the daily lives of urban Turks.
Panoramic views of Istanbul neighborhoods which were once home to large and vibrant Greek communities have also awakened a sense of nostalgia in Greeks for a place they refer to as "The City" or Constantinople.
"They remind me of a different era, of Greece in the 1960s when people dominated in life, not material things," said 65-year-old Eleni Katsika, a dentist. "I watch them so I don't get depressed."
So fascinated are Greeks with the shows, that groups have started organizing trips to the island of Büyükada off the coast of Istanbul just to gawk at the set of one of the hit dramas, "Kismet."
"JUST LIKE US"
Between stamping passports in a packed Athens police station, a young officer keeps an eye fixed on a tiny portable TV on the edge of her desk showing repeats of the latest prime-time hit, "Aşk ve Ceza" (Love and Punishment).
TV ratings for the shows in the small country of 11 million reached 40 percent in the summer, knocked off the top spot only by the occasional Champions League soccer match. Major channels ANT1 and Mega competed by showing a drama each at 9 p.m. and re-runs in the late afternoon.
"I realized hatred is manufactured by the guys at the top," said Angeliki Papathanasiou, a 21-year-old law student. "You don't see the bad enemy, you see the real Turk who falls in love, who gets hurt, who is like us," she said of the shows.
As a result, dozens of Greek fan pages on Facebook are peppered with Turkish words like "harika" (wonderful) and "guzel" (beautiful). Some Greek magazines have started giving away CDs for intensive Turkish lessons.
Some Turks find the Greek success of the shows difficult to fathom despite the proximity of the two countries, which in some areas are separated by just a few miles.
"It comes as a shock to me," said Asli Tunc, a media professor at Istanbul's Bilgi University. "Greeks need a new kind of entertainment to forget about their problems and these serials seem to meet that demand for now."
They are also a trip down memory lane to days when the economy was better, traditions were cherished, shoe polishers worked every corner and the local grocery store was a point of reference.
"'Ezel' and the other series portray a lost dimension of Greek society that has been buried in recent years," novelist Nikos Heiladakis wrote in a local newspaper article about the success of one crime drama. "It awakens in today's Greek a lost identity," he wrote.
BREAKING DOWN WALLS?
In a way, the dramas are exporting Turkish culture, Global Agency's Pinto said, even to a doubtful market like Greece.
"Greeks feel closer to Turks than they did," he told Reuters. "Sometimes soft power is more important than political power."
For the moment their grip on the audience remains strong and Pinto, whose company distributes three of the dramas to Greek TV and more than 30 other countries, expects to export about five or six dramas to Greece a year.
Next year will see the TV release of the controversial hit-series "Muhteşem Yüzyil" (Magnificent Century), based on 16th century sultan Suleiman the Magnificent, which so far has only been released as a DVD. Magazines selling DVDs of the episodes sell out within hours.
"I've not missed a single copy," said Yiannis Panagoulis, a 40-year-old handyman. "At this rate I'm going to be speaking Turkish very soon. Who would've thought?"