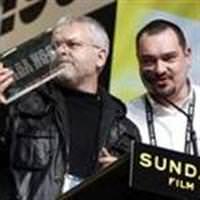 The film 'Can', Turkey’s sole entry in the world’s largest independent film festival, has been awarded the Sundance Film Festival’s Special Jury Award in the drama film category.

Directed by Turkish director Raşit Çelikezer and produced by Burak Akidil 'Can' was shown at the Sundance Film Festival in the world cinema category for its international premiere.