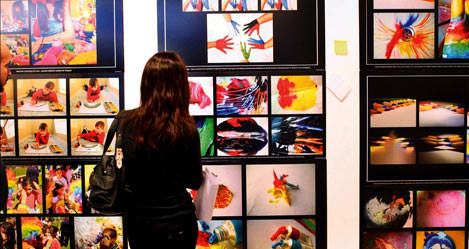 Istanbul's art revival which, continues to take flight, has drawn the attention of The New York Times. According to the prestigious newspaper, this is just the beginning and there will be even better days ahead.

The rejuvenation of the art world in Istanbul in recent years has not gone unnoticed by the foreign press. Last weekend's The New York Times' magazine released a photograph album depicting Istanbul's booming art scene, including images of the Istanbul Modern Museum and SALT Galata. The author, Suzy Hansen complements Turkey's up and coming artists and writes that they are extremely well-aware of the art environment at present and will contribute to forming it in the future.

Görgün Taner (İKSV General Manager): "The article in The New York Times provides an excellent analysis of the development of the contemporary art scene in Istanbul and the boom being experienced today. When one looks back to the first ever Istanbul Biennial, held in 1987, it becomes evident that artistic production and dynamism played an important role in Istanbul's becoming an important stomping grounds for international contemporary art. Over the past ten years, we have also witnessed the increasing number of private museums, galleries and exhibits; all having fruitioned with artists' incentives."

THERE IS A SIGNIFICANT TRANSFORMATION

Levent Çalıkoğlu, (Istanbul Modern Head Curators): "Since the start of the 2,000's, our cultural and arts environment has been experiencing an unprecedented degree of growth. There is a great energy, both externally and internally and every day, new news develops with invigoration, desire and excitement, not just pertaining to the art world, but also there are significant traces of excitement and interest from the masses. Of course there are additional players in this transformation whose names were not mentioned in the article. A number of artists, gallery owners, establishments, curators and critics have embraced this transformation and taken on significant responsibilities. I would like to mention that the Istanbul Modern has also been a forerunner in taking on the duty of representing the museum culture and in promoting Turkey's contemporary and modern artists to the national and international art worlds. With its exhibition policies embracing living art, the Istanbul Modern has changed our ways of visiting museums and has become an establishment that presents art to the masses."

THIS CHANGE BEGAN A LONG TIME AGO

Halil Altındere (Artist): It is also necessary to touch upon the factors involved in creating this new art-boom period discussed in the article. We must underline the fact that this development is the result of a handful of pioneering artists from the 1970's and 1980's whose efforts to establish collective exhibits have contributed to the Turkish art world's strength today. From the start of the 1990's, the efforts of curators Vasıf Kortun, Beral Madra, Ali Akay and Fulya Erdemci worked to bring the generations together for international exhibitions while also resulting in creating the debate platform by way of the Resmi Görüş and Art-ist contemporary art magazines. The beginning of initiatives that deal solely with contemporary art from the start of the year 2,000 and the increasing number of new galleries has created a whole new slew of opportunities for young artists."