!F Istanbul brings days of films to the city 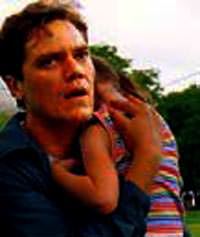 Paralleled with a series of other important film festivals held over the past year, !f Istanbul has also embraced a theme of street demonstrations, inspired by the Arab Spring and Occupy Wall Street social movements.
This year marks the 11th for the international independent film festival, which for the next ten days will host a series of film showings, parties, talks as well as number of special events for film lovers.
The festival's Istanbul stop will last until February 26th. Festival showings will be held at Fitaş Beyoğlu, Maçka G-Mall, İstinye Park and Caddebostan Budak. On March 1st - 4th, the film festival travels to Ankara CEPA and from March 2nd - 4th, the festival will also be held in Izmir's Balçova KİPA.

PROMINENT FILMS SHOWING ON THE FIRST DAY OF THE FESTIVAL
There are three films in particular that especially stand out amongst the selection showing on the first day of the festival. The first is Ross Ashcroft's Four Horsemen, which will show at 13:00 today at Fitaş Beyoğlu Salon 4. Dealing with the uprising in Egypt is Tahrir 2011: The Good, the Bad and the Politician, which shows at 14:30 at Fitaş Beyoğlu Salon 1. The film Weekend, directed by Andrew Haigh deals with homosexuality and plays at 22:00 tonight at Fitaş Beyoğlu Salon 4.