The world to watch Istanbul’s conquest 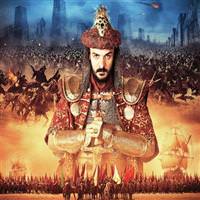 Directed by Faruk Aksoy, Conquest 1453 will soon be conquering the world. The film, which depicts Sultan Mehmet II’s conquest of Istanbul, broke a viewing record on its February 16th release.

Currently showing in 850 theaters throughout Turkey and 170 in Europe, Conquest 1453 (Fetih 1453) is aiming to rake in 1.5 million ticket sales in the first week of the film's release.


FROM THAILAND TO THE UNITED STATES

Efforts are currently in progress to release the film in a number of Gulf nations such as the United Arab Emirates and Qatar and will soon start showing in Egypt and Tunisia; all nations where viewership is high for Turkish original television series as well as Turkish popular Hollywood show remakes.

Perhaps the most interesting proposal received for the film from Arab nations, was from Saudi Arabia. Although public movie theaters have been prohibited for years, Saudi Arabia will be hosting a special showing of Conquest 1453.

With a 17 million dollar budget, Conquest 1453 is the most expensive film ever made in Turkish history. The film took three years to be completed and the visual effects were done in Mexico and the United States.

Conquest 1453 is 160 minutes long and has scenes where over 25,000 extras were used. Shooting was done on a set in Alibeyköy and included the construction of 100 meter-high walls.