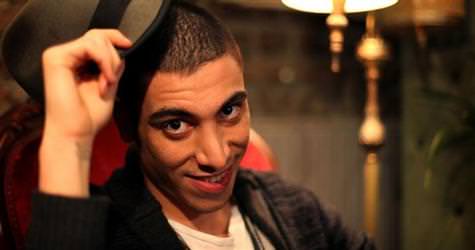 Turkey’s Eurovision contender, Can Bonomo, a Turkish singer of Jewish heritage, performed ‘Love Me Back’ for the first time live last night at TRT’s Tepebaşı Studios.

Can Bonomo performed 'Love Me Back', last night in the first reveal of the English song he will be competing with at this year's 57th Eurovision Song Contest to be held in Baku, Azerbaijan. Stating after the performance, "We believe we have produced a beautiful song", Bonomo explained that it was actually based on a seafarer.

"When it was first revealed that Can Bonomo was going to be Turkey's representative for this year's Eurovision Song Contest, like the masses, for me the name was a closed box. However later, when I began to listen to his songs, I warmed to his music and began to love it for its rich and deep musicality and style which stands out. As a result, my expectations were far from low as I waited in curiosity to hear the song that will represent Turkey this year. Can Bonomo's song is extremely compatible with the traditional Eurovision style; it is lively, exciting, cheerful and memorable and is also the type of song one can easily sing along to. On the other hand, it does not contain qualities that represent the Turkish culture and would differentiate us in the Eurovision contest. The song's energy at first derives a positive association to our experience with Sertap Erener, however as the song continues and maybe due to the fact that it doesn't then flow into the folkloric melodies expected, it begins to tread into the repetitive and ordinary, dragging us along with it. Whereas, when I heard the folk/rock element present in a number of his songs, it evoked the feeling of wanting to hear them again. The song's timbre and rhythm made me ask, 'Is this a year specially devoted to Balkan melodies and I just missed it?'. In the end, this song may not surprise us in the way Yüksek Sadakat did however, I just can't be sure whether it will come in first or even in the top three. Still, with TRT and radio support, and social media's appetite for consumption, Can Bonomo will reach an unexpected and possibly even undesired level of popularity both before and after the Eurovision Song Contest; that is for certain. I want to wish good luck to our entire nation and to Can Bonomo. 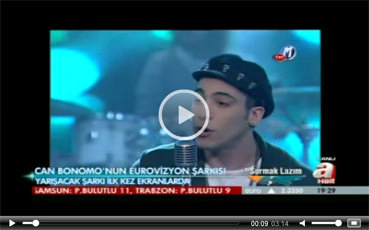