Conquest 1453 released in the USA! 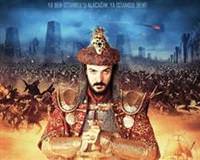 Conquest 1453, a film which has created a fervor of excitement in Turkey will now be released in the United States this April 6th.

The film's U.S. release is on April 6th and it will be showing in four theaters in New York and New Jersey and will have English subtitles.
AMC Theatres: