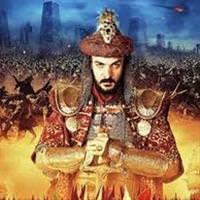 Out of the 66 films released in Turkey in the first three months of 2012, the majority of film lovers chose to see domestic films.

According to Box Office Turkey statistics, 14 of the total 66 films released in the first three months of 2012 were domestic productions. Cinemagoers' preference veered towards Turkish films which acquired 68.5 percent of total box office sales in the first quarter of the year. While 12,268,272 (68.5%) of cinemagoers went to see domestic films, 5,633,768 (31.5%) chose to see foreign films.

The film Conquest 1453, which was released in 2012, was seen by 6,267,702 people in the first three months of the year, breaking the all-time record for the highest number of viewers. Out of a list of the top ten highest viewed films, the top three spots were shared by Turkish films. Conquest 1453 was followed by Berlin Kaplanı with two million viewers and Sen Kimsin in third.