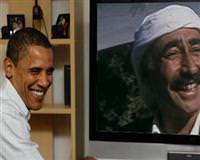 Harriet Fulbright College and Bahçeşehir University are collaborating to stage a first in the U.S. capital as Washington D.C. gets ready to host the International Yesilcam Film Festival.

The Turkish film festival, which kicks off on May 27th in the capital, will be held in the Goethe Institute. By showing the likes of Selvi Boylum Al Yazmalım (The Girls with the Red Scarf), Züğürt Ağa (The Broken Landlord) and Ah Güzel İstanbul (O Beautiful Istanbul), the International Yesilcam Film Festival aims to depict the region's people, to display the Turkish culture, our warm bloodedness and our stance against the industrialization of cinema.

Sponsored by the Washington Embassy, the opening reception will have Mrs. Harriet Fulbright, the namesake of the prestigious academic scholarship program who has a great love for Turkey, delivering the key note address. Meanwhile, the film festival opening will be attended by significant film scholars from George Washington University, Georgetown University, George Mason University. Prof. Dr Ercüment Akman from Georgetown University will also be providing information on the values Yeşilçam films are based on.

Relaying information on this very special event, Festival Spokesman Ahmet Fadıl Erarslan expressed how important it was for Turkish films to be released abroad and not just brought in for festivals. Expressing his hopes that by showing the quality of films made in the past at the International Film Festival, hopefully viewers will be able to gain a peek into Turkish cinema today, Erarslan states; "We believe that just like a short film shot by the Cohen Brothers, a Turkish film could also be shown to a herder in the Texas desert and be appreciated."

"THEY SHOULD WITNESS THE HOSITALITY OF TURKISH CULTURE"

Erarslan went on to explain the reason behind bringing Yesilcam films to the United States' capital by stating, "We believe that if politicians take a break from the noise and fighting and witness the hospitality, warm bloodedness and honesty attributed to the Turkish culture, then they may be influenced to use their politics in a manner to ensure a more peaceful world."