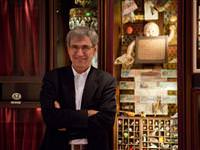 Kula, who was attending the 'Third Book Fair' in Diyarbakır, explains that in 2011, 43,100 International Standard Book Numbers (ISBN) were obtained, 41,239 of which were actually published. Out of the 41,000 plus books that were released, 45 percent were literary works. Fourteen thousand books published were children's and youth literary works, while 1,851 books released were novels.
''Turkey published five books a day last year, which is an incredible literary production. With these figures, Turkey has surpassed a number of European nations. This figure should not be underestimated. The most significant reason being that Turks in general are quite vivacious. Secondly, we have a very young population of writers. And third, there is a significant increase in the number of female writers. Fourthly, our writers know a variety of languages and are well versed on different cultures. We even have some that write in English. We have writers that teach literature and philosophy in universities in different countries. We are faced with a whole new quality of writers. I attribute this to Turkish society's vivaciousness and productivity. Turks cannot be fit into a box, they produce, they present what they have produced to the world and now they are competing globally."

A Turkish Literature External Initiative project
Prof. Dr. Onur Bilge Kula explains that in 2010, there were 571 books published in Turkey. In 2011, that figure rose to 1,851, which basically means the number of books released more than tripled in one year's time.


Expressing that this increase needs to continue, Kula emphasized that the Ministry of Culture and Tourism is contributing to writers by promoting them globally through the Turkish Literature External Initiative project. Up until now, this project has received 1,200 applications, of which they have published 770. "Turkish literature is being read in 57 different countries and in 41 different languages, which accounts for over 80 percent of the world's population," states Kula.

Libraries and Publications General Manager Prof. Dr. Onur Bilge Kula went on to explain that they are also beginning a new Literature Incentive Project in order to ensure the continued increase in novel releases. In 2013, a council will be established in order to evaluate and select applicants who will then be provided up to 3,000 liras monthly in support, explains Kula. Some will receive this support for a year, others three years, all the way up to six years. The intention of this program is to ensure that literary production continues on an upward trend, explains Kula. "One of our writers, Ahmet Ümit emphasized the importance of this program by explaining that because he was forced to work while trying to write his novel he was faced with interruptions."

Prof. Dr. Kula also mentioned that Orhan Pamuk is Turkey's most highly translated writer and that his books are especially favored by the Anglo-Saxon audience. Pointing out that Orhan Pamuk alone accounts for 30 percent of Turkey's literary works which have been introduced to world readers, Kula states: "Patriotism has to do with increasing the nation's respectability and contributing to improving the nation's image around the world. We should be thanking Orhan Pamuk for his contribution to Turkey's prestige through his publications, by speaking at universities abroad and through his classes. Pamuk makes a great contribution towards promoting Turkish literature throughout the world."
In addition, works by our writers Ahmet Hamdi Tanpınar, Orhan Kemal, Ahmet Ümit, Elif Şafak, Oya Baydar and Mario Levi are translated into a variety of languages. We have a break out of literary writers. One young writer, Hakan Günday, has released six novels. His books have already been translated into different languages. It's just wonderful. I place high importance on the support given to us by the Minister for these developments," says Kula.