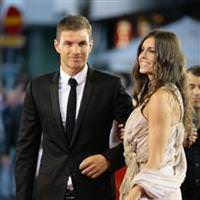 The Sarajevo Film Festival was started 18 years ago in 1995 with the intentions of erasing the scars from the war in Bosnia and to bring the arts back to the city again.

A total 210 films from 57 nations will be showing throughout the festival which runs from July 6th to the 14th.

Competing for the 'Heart of Sarajevo' from Turkey is ''Voice of My Father' (Babamın Sesi)', directed by Orhan Eskiköy and Zeynel Doğan, Emin Alper's 'Beyond the Hill' (Tepenin Ardı) and Belmin Söylemez's 'Present Tense' (Şimdiki Zaman).

This year's Sarajevo Film Festival coincides with the 17th anniversary of the Srebrenitsa genocide. A number of special events will be held to commemorate July 11th including the showing of films which deal with human rights issues. Members of the film industry from all over the world will be discussing Srebrenitsa and a number of events will be held to explain what transpired in Srebrenitsa, including exhibitions, book promotions and panels.