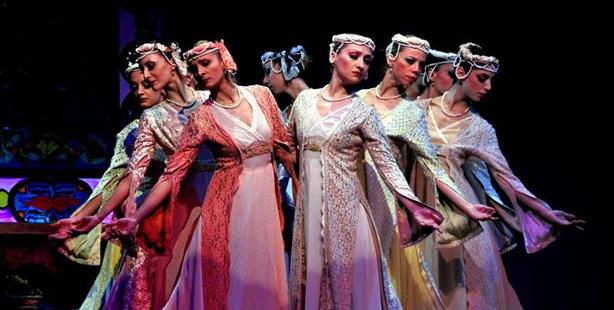 The festival, hosted by the Bodrum Castle, began ten years ago based on the concept, "Culture and the arts nourish tourism".

In addition to Turkish state ballet troupes, the festival will also be showcasing a number of foreign performers and collectives. This year's opening performance is the Turkish State Opera and Ballet chief choreographer Mehmet Balkan's ''Love of Bodrum'.

On August 18th, the audience will be taken to the Ottoman Palace to watch "Harem" choreographed by Merih Çimenciler, with Russian designer Alexander Vasillie in charge of stage décor. The performance will also include music reminiscent of the Ottoman Empire played on specially designed instruments.

The flamenco Compania Antonio Gades will be performing "Blood Wedding" and "Suite Flamenca" in a special ballet adaptation by Spanish dance Antonio Gades.

The festival closes with a special performance of "A Midsummer Night's Dream" by the Ankara State Opera and Ballet.