Time for jazz in Alanya! 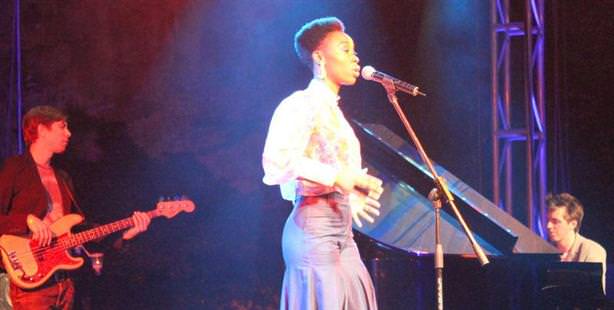 The tenth annual Alanya International Jazz Days festival kicked off on Thursday with a concert by Ntjam Rosie.

The festival, organized by the Alanya Municipality started off with a performance on Thursday by the Dutch Afro-American singer Ntjam Rosie, whose music expertly combines Brazilian and African rhythms. Despite the rain, the concert which was staged at Kızılkule Square brought out a number of jazz-lovers to watch the concert.

Alanya Municipal Mayor Hasan Sipahioğlu says that over the years, the festival has hosted over 150 jazz musicians from Turkey as well as from all over the world.

Sipahioğlu also noted that the performances which are free bring the public and musicians together.


Taking the stage on the first day of the festival, Ntjam Rosie was welcomed by great interest despite the rainy weather and the performer says that she would like to return to Alanya again.