Children of Çanakkale in theaters 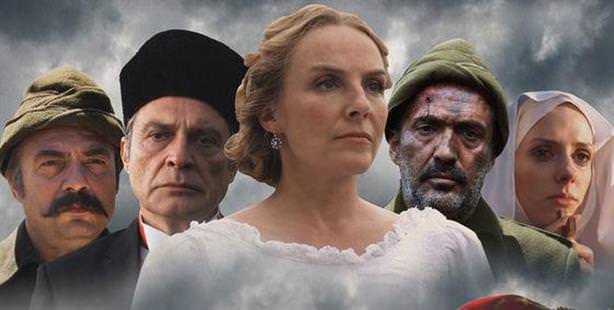 Can a mother save her two sons fighting in different fronts from imminent death?

Director Sinan Çetin's new film "Children of Gallipoli" (Çanakkale Çocukları) premiered at a gala held on the set built for the film in Durusu, located 40-50 kilometers from Istanbul on Wednesday prior to Friday's release of the epic.

Starring well-known actors Yavuz Bingöl, Haluk Bilginer and Wilma Elles, the film also showcases performances by Çetin's wife Rebecca Haas and sons Orfeo and James. The film, which took well-known director Çetin three and a half years to shoot, was filmed on a set erected on a 38,000 cubic meter plot of land.

"Children of Gallipoli" tells the story of a mother trying to save her two sons from war. She has a nightmare in which her two sons kill one another in the Battle of Çanakkale, also known as the Gallipoli Campaign. When she recalls the dream for her husband, explaining that one son was on the Ottoman front and the other was fighting for the Brits, Kasım is convinced she has gone mad. Believing that her children are in danger however, the mother has no intentions of lying low.

The journey of the film's heroine, a mother following her heart, takes her all the way to the bloody battlefield of the war in Çanakkale. Two enemy brothers fighting on two different fronts… Can their mother save them?

As of today, movie-lovers can find the answer to that question by going to see Sinan Çetin's new ambitious release "Children of Çanakkale"!