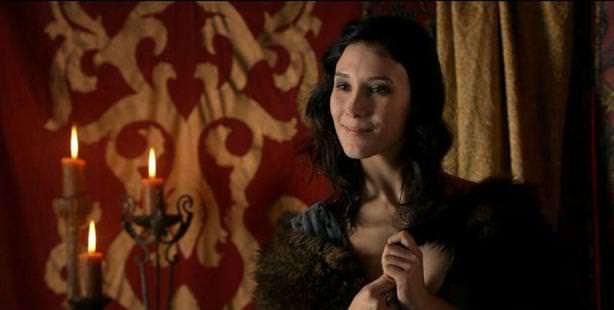 The internationally popular American medieval ‘Game of Thrones’ television series has resumed filming for the new season in Croatia. Sibel Kekilli, who plays ‘Shae’ is also on site and in front of the camera.

Sibel Kekilli, a German actress of Turkish origin, plays the role of 'Shae' who debuted last season but is set to play a bigger role in the season to come. Kekilli's character is the love interest of Tyrion Lannister, the youngest son of Lord Tywin Lannister who returns to the castle, only to bring Shae with him.

Sibel Kekilli has also played in a number of well-received films in Turkey and Germany, including 'Head-On' directed by Fatih Akin and the popular German crime series Tatort.

This is a translation of an article originally written by Merve Yurtyapan.