“Do I really have three shows in Istanbul?” 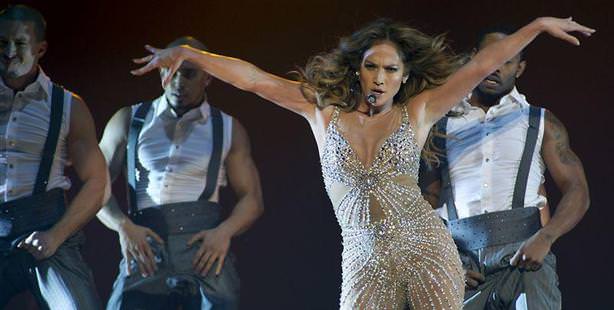 Jennifer Lopez will be performing three shows in Istanbul on November 14th, 16th and 17th. Hearing the news that she will be performing three shows in Istanbul during this interview, J-Lo said, “That might be a bit much”. The famous pop star also said that she had head that Istanbul was one of the most beautiful cities in the world and said, “I invited a friend and we are going to spend four or five days here.”

On November 14th, Jennifer Lopez will be performing at Istanbul's Ataköy Atletizm Arena for her 'Dance Again' tour. Lopez is scheduled two more nights, on November 16th and 17th at the Ülker Sports Arena. Lopez was initially scheduled for two shows in Istanbul, however when tickets sold out months ago her tour stop in Istanbul was bumped up to three days. The additional night in Istanbul resulted in the cancellation of Lopez's concert in Bucharest. The shows sponsored by Bonus and brought to Turkey by Purple Organization, are sure to stun with her grandiose stage performance.

We had the chance to speak with J-Lo after her show in Germany. The international star had changed into sweats and seemed to be ever so humble.

I WANTED TO BE MYSELF

This is the first time you have held a world tour throughout your career. What does this mean for you?

"When the issue of a world tour was first brought up I initially thought about what kind of show I wanted to do. I wanted it to show who I am now and wanted to be myself. No matter how difficult life gets you need to dance and continue living."

Why haven't you done a world tour before?

"The reason is because I have been fortunate enough to also have an acting career. A world tour takes a year away from your life. I didn't have that kind of time. We have been working on this tour since March. We started in June and it will come to an end on December 31st. It takes a year for me to design this kind of show. Over the past two years my fans have been asking me on social media when I was going to go on tour. My next project will be my tenth album, so it was time."

You are also a mother. Is singing more difficult or being a parent?

"Everyone knows the answer to this question. It is wonderful to be a mother however it is also a great responsibility. It is the most important thing in my life. I am trying to be a good parent."

How are you in such great shape at 43?

I dance constantly when I do my show; however it also tires me a lot. Therefore I need to work out regularly. I have to eat right, rest and exercise!

You will be performing three shows in Turkey…

Three shows, for real? They were talking about it but I didn't know it had been confirmed. That's a bit much. I have never been to Istanbul before, not even for a vacation. I have invited a friend. Everybody keeps telling me how Istanbul is one of the most beautiful cities in the world. We will stay four to five days and we have a lot of plans. Istanbul is an amazing place.