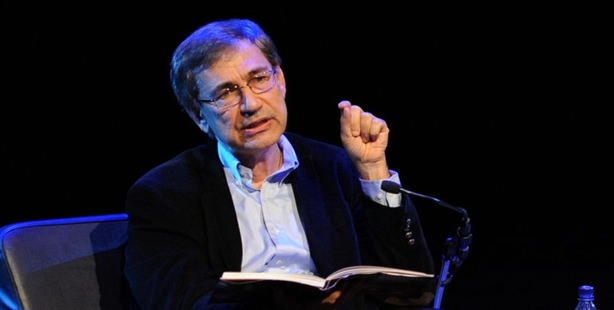 Six renowned authors and intellectuals, including Orhan Pamuk, have written an open letter to Syrian President Bashar al-Assad warning him to resign or face the risk of ending up like Libya’s late dictator Gaddafi.

Six writers and intellectuals, including Nobel Award-winning writer Orhan Pamuk have penned an open letter to Syrian President Assad requesting his resignation. The letter warns that if Assad does not choose to resign of his own accord, he may be faced with a fate similar to that of the late Iraqi leader Saddam Hussein or that o former Libyan dictator Muammar Gaddafi.

The French daily Liberation published the letter yesterday in which Orhan Pamuk is joined by Israeli author David Grossman, Italian author Claudio Magris, Algerian author Bualem Sansal, German author Martin Walser and French writer and political scientist Alfred Grosser in an appeal to Assad to either resign for the sake of the Syrian public or call on the conflicting sides to convene for negotiations under the roof of the United Nations.

The letter states, "Like Yemeni President Ali Abdullah Saleh, you can also negotiate your exit from Syria with your family. If Russia and China refuse to welcome you go to Algeria. Algerians have a strong memory. They will remember that Syria once gave refuge to their national hero Emir Abdelkader, when he was defeated by France and went to Syria, accompanied by thousands of Algerians."

The six acclaimed writers and intellectuals urged Assad to acknowledge that the only solution that remains for Assad himself as well as the entire world is his resignation. "Other than resignation, there will be just one road that remains and that will be a death similar to what happened to Saddam or Gaddafi. Or life imprisonment in a cell at the Hague."

Assad's chemical warfare in the hands of Al Qaeda

According to German news agency DPA, the Al Nusra front, known for its affiliation with Al Qaeda and which have a stronghold in Northern Syria, have taken over control of the chemical weapons facility located east of Aleppo in al-Safir. The news has since been confirmed by the Syrian Ministry of Foreign Affairs. The Al Nusra Front has also supposedly taken over a Syrian military command center in Aleppo. Diplomatic efforts to overcome the crisis are still ongoing. Due to a stomach problem, U.S. Secretary of State Hillary Clinton will be delayed in joining the "Friends of Syria" meeting which commenced in the Moroccan capital of Marrakesh yesterday. Meanwhile, at least 110 people have been killed in Syria over the past two days. Germany has expelled four Syrian diplomats in a drive to cut ties with Assad's administration.