Turkey applies to ECHR for repatriation of Halicarnassus sculptures 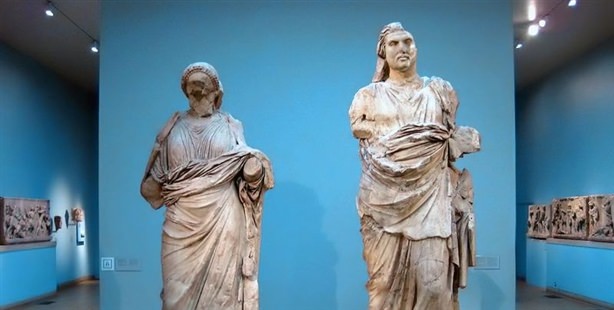 A recent article published in the British Observer newspaper writes that Turkey will be applying to the European Court of Human Rights to request the repatriation of artifacts created for the Mausoleum of Halicarnassus.

This move would be yet another step in the many taken thus far by Turkey in a series of extensive efforts to reclaim artifacts removed from Turkish land and taken abroad.

The English Observer refers to Turkey's "challenge" to the European Court of Human Rights (ECHR) for the return of works that are on display at the British Museum, as a "test case for the repatriation of art from one nation to another," which it calls, "a potential disaster for the world's museum."

Amongst the artifacts repatriation is requested for is what the article refers to as a, "magnificent horse's head, which was acquired by the British Museum in the mid-19th century."

The article goes on to quote Istanbul attorney Remzi Kazmaz as stating that, "a lawsuit will be filed at the European court on January 30th and that 30 lawyers are acting on behalf of the town of Bodrum as well as district and provincial governors, the Turkish ministry of culture and other bodies."

Kazmaz also states that 118,000 signatures have been collected for a petition and the Strasbourg court will be shown a documentary on how Turkey has lost these ancient artifacts. Kazmaz adds, "We do not believe that the artifacts were removed legally."