“She taught us the power of women” 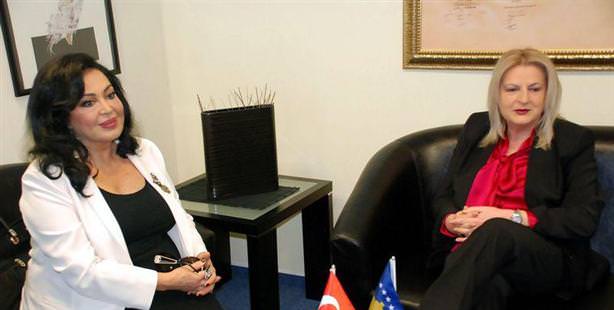 Türkan Şoray, one of Turkey's most famous actresses to claim fame abroad, is currently in Kosovo to attend the opening of the 6th Turkish Cinema Week film festival.

While in Kosovo, Şoray also paid a visit to Deputy Prime Minister Edita Tahiri. During their discussion, Tahiri stated that for Kosovo, Türkan Şoray is not only Turkey's but the whole world's diva.

Tahiri expressed how pleased she was to be hosting Şoray and stated, "We grew up watching Ms. Türkan's films and shared her pain and happiness with her. We saw the power of women through her and therefore we are extremely pleased to see her in Kosovo."

Şoray in return stated, "The true power of women has been shown by Kosovo" and expressed that the fact that the newly independent Kosovo has handed over the presidency and deputy prime ministerial position to women, shows just how democratic the country is.

While in Kosovo the famous actress will be signing her book "Cinema and Me" for fans in the capital Pristina and in the historical city of Prizren.