Government to support domestic films at the Oscars and Cannes 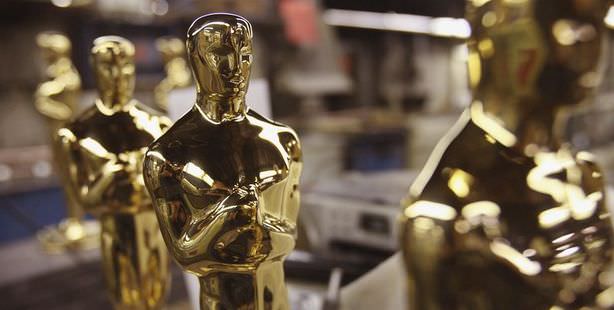 The Ministry of Economy is now placing high importance on the science, education and film sectors in an effort to increase the nation's services exports.

The Economy Ministry, which will now be promoting popular Turkish movies in the international arena, has included the Oscar Awards, the Golden Globes, the Cannes Film Festival, the Berlin Film Festival, the Tokyo Film Festival and the Hong Kong film festival in their long list of targets.

In order to increase the exporting of Turkey's domestic films, the state is now offering up to 50 percent in financial support for all DVD, dubbing and media advertising costs. In accordance to the one billion dollar objective for 2023, every production is being offered 100,000 dollars in incentives. The Ministry of Economy will be offering up to 300,000 dollars or up to 50 percent in financial assistance for costs relating to promotions and catalogs. The ministry will also be offering support for Turkish films' entry into 51 designated film festivals including the Berlin Film Festival (February 7th-17th), the Cannes Film Festival (May 15th -26th), the Chicago Film Festival (October 10th-24th), the Tokyo Film Festival (October 19th – 20th), the Hong Kong Film Festival (March 17th-April 2nd), the Oscar Academy (November 6th-13th) and the Golden Globe Awards.

THE FILM INDUSTRY IS PLEASED BY THE ECONOMY MINISTRY'S SUPPORT

The Ministry of Economy's support has pleased representatives from the film industry. Famous producer Kaya Ererez sees the benefit in the state contributing to the promotions of Turkish films abroad. According to Ererez, by putting Turkish films on display in the US and in Europe, it will not only promote the country, but will also result in contributing momentum to the tourism industry. Ererez says that by participating in the Oscar's and the Berlin Film Festival, recognition of Turkey's film industry has increased. "Right now, there is significant interest in our film productions. Our films sell to 38 to 40 different countries. These organizations only work to increase the sales of our films," states Ererez.
Producer Ülkü Erakalın also expressed how pleased they are that the Ministry of Economy will now be offering support for their entry into festivals such as the Oscar's and Berlin Film Festival. "The state has been taking on a series of extremely positive actions. I am well aware of the support they are giving to the film industry and I commend them for it," says Erakalın.

The 51 organizations to be supported by the Ministry of Economy are as follows:
Listing, Country, City, Festival