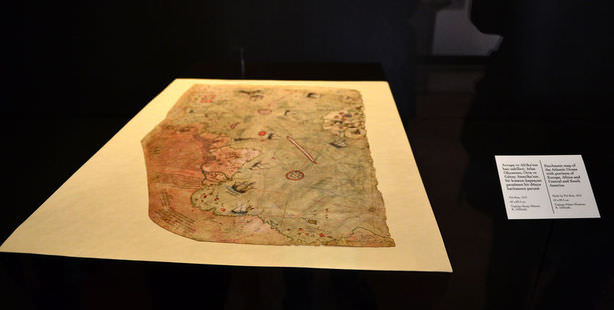 With the United Nations Educational, Scientific and Cultural Organization (UNESCO) naming 2013 ‘The Year of Piri Reis,” the Topkapı Palace Museum opened an exhibition yesterday which displays a world map made by the admiral, geographer and cartographer Piri Reis in 1513.

The exhibition, which also includes a second map made by Piri Reis in 1528, was launched yesterday in an opening ceremony attended by Minister of Tourism and Culture Ertuğrul Günay. The exhibition will run from January 23rd to February 11th.

Speaking at the opening ceremony, Günay said that it was extremely pleasing that UNESCO is celebrating the 500 year anniversary of the Piri Reis world map, which up until now has been kept in the Topkapı Palace archives.