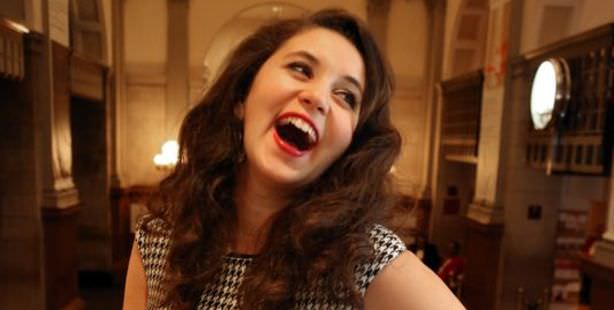 A documentary film will be released in Holland on February 14th documenting the life of the 22-year-old musician Karsu Dönmez, who went to the Netherlands from Hatay as a young child with her family who moved there to work only to become an acclaimed multi-talented pianist, singer, composer and lyricist.

The life of 22-year-old Karsu Dönmez, who has received high acclaim in Holland at a young age for her musical talent, has been documented in a full-length film entitled Karsu that will be released February 14th. The film chronicles Dönmez's musical success as well as her family and life.

Filmed by the well-known Dutch director Mercedes Stalenhoef, Karsu has already shown at the International Documentary Film Festival in Amsterdam (IDFA) and will soon be released to a number of nations. The documentary, which cost 350,000 euros to film, will be released in Turkey in June.

SHE BEGAN PLAYING AT SEVEN

Filming took five years for the documentary which details Dönmez's life spanning from her start in music at age seven on a piano purchased by her father to when she began playing and waitressing at her father's restaurant when she was 16 to when she was discovered leading to wide acclaim in the Netherlands and beyond.

Karsu, who moved to Holland with her family from a village of her namesake in Hatay, is not only a powerful piano player, but she is also a singer, composer and lyricist and her songs in Turkish and English have drawn wide interest.

Dönmez performs in some of the most famous halls in Holland and travels to a different country, including Turkey, nearly every week to perform. Karsu Dönmez came to Istanbul in 2010 and 2012 to perform in the Alanya Jazz Festival and three years ago she gave a concert at an open-air concert in Taksim. Dönmez has also made her name known by performing a number of shows at New York's Carnegie Hall, one of the most prestigious venues in the world, which she says is an achievement she is very proud of.

Dönmez has said that she is extremely pleased to be the subject of a famous director's film at the young age of 22 and says she will continue to be resolved in protecting the successes she has achieved thus far and to mark further accomplishments. Dönmez, who is a student as well as a musician, has been busy with promoting her new release Confession and her 2013 concert tour. Dönmez will be coming to Turkey for the Ankara Jazz Festival as well as heading to a number of European destinations and says that tickets for some of her shows have already sold out.