"Mold should have been an Oscar contender" 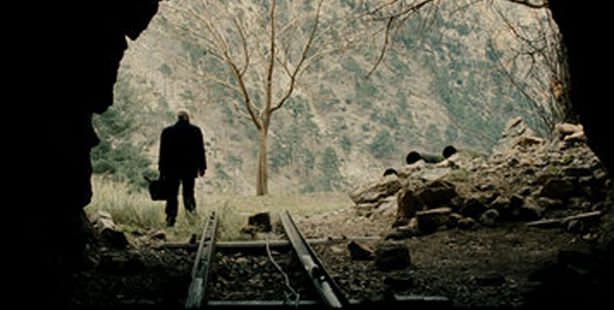 Following the premiere of Yılmaz Erdoğan's ‘The Butterfly’s Dream’, a film entitled 'Mold' (Küf) and directed by Ali Aydın also made its mark on the second annual Los Angeles Turkish Film Festival.

Amongst the film festival's jury was independent film director Rob Nilsson, who won the Camera d'Or in the 1978 Cannes Film Festival for his film 'Northern Lights'. In an interview with AA, Nilsson said the showing of 'Mold' left a great impression on him. Referring to the film as an unadorned and powerful piece, Nilsson said that it was reminiscent of the styles of Dostoyevsky and Tolstoy from the perspective of "not trying to influence or intervene in the viewer's experience."

Nilsson, expressed that he was just as impressed by this year's president of the jury, famous Turkish director Semih Kaplanoğlu's film 'Honey' (Bal), which was also the recipient of his namesake, the 2011 Nilsson award, as well as many other international acclaims.

''Kaplanoğlu is extremely valuable for Turkish cinema, as is Ali Aydın. Furthermore, this was his first fell-length film and it is brilliant! It actually doesn't surprise me because when I met with Semih in Yerevan, I had the opportunity to watch a few Turkish films. (Laughing) Up until then I didn't have much of an idea, however now I know."

When asked if he thinks Turkish films may be nominated for an Oscar in the future, Nilsson responded by stating, "Definitely. This film should have been nominated, it is a first-class production.

Nilsson expressed that he hopes films such as 'Mold' and Semih Kaplanoğlu's movies will see more international recognition and receive further support. When discussing this year's Oscar nominees, Nilsson mentioned the film 'Lincoln' by stating, "It was a good film and a great performance, however Semih's films also have these attributes. I hope that Turkish cinema will have a greater international presence."

Nilsson also said he hopes to see directors such as Semih Kaplanoğlu come to the United States to film moves that represent the depth of their own style, rather than shoot Hollywood-type movies.

''EVERYONE WHO WORKED ON THIS FESTIVAL DESERVES PRAISE"

Nilsson also mentioned how festivals such as the Los Angeles Film Festival significantly contribute to the increased international recognition of Turkish films. In reference to the festival's opening ceremony, Nilsson said, ''It was a wonderful night with a joyous atmosphere. Everyone who worked on this festival deserves praise." Noting that the young team that contributed to making the festival happen did "a great job," Nilsson said, ''Everyone on the organization team was extremely sincere, friendly and honest and that's what matters most to me."

The Los Angeles Turkish Film Festival ran from February 28th to March 3rd. The festival showed four Turkish full length films as well as a series of short films and included a short film competition. The full-length features shown were Yılmaz Erdoğan's 'The Butterfly's Dream', 'Mold' by Ali Aydın, 'Beyond the Hill' by Emin Alper and Zeki Demirkubuz's 'Inside'.