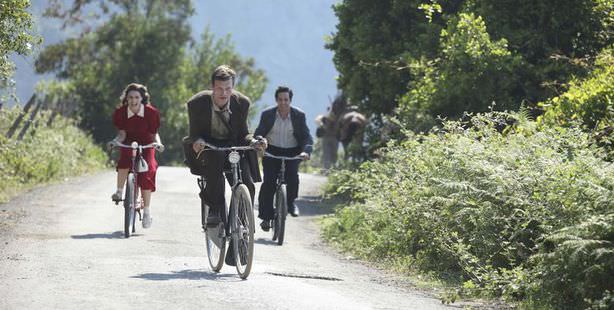 Widely considered the most important cinematic event in Turkey, the 32nd Istanbul Film Festival organized by the Istanbul Culture and Arts Foundation (İKSV) and sponsored by Akbank kicks off on March 30th and runs to April 14th.

The 32nd Istanbul Film Festival will be presenting over 220 films in over 20 different categories, a number of which will be competing for a series of prestigious awards including the Golden Tulip National and International awards.

The year's festival will also be hosting two well-known directors Costa-Gavras and Peter Weir. Costa-Gavras, a Greek-born naturalized French filmmaker, who is best known for the film 'Z' will be awarded the Lifetime Achievement Award, while Australian director Peter Weir, whose body of works includes 'Dead Poets Society' and 'Gallipoli', will not only be serving as the head of the Istanbul Film Festival Jury but he will also be the recipient of a Cinema Honorary Award.

This year's festival, with films broken down into a wide spectrum of categories, includes a new category entitled Stories of Women as well as the revival of the From Literature to Silver Screen category. This year NTV will be taking on the sponsorship of the documentary category, aptly titled Documentary Time with NTV. Sponsored by Sabah newspaper, the From the World of Festivals category includes nearly 20 most recent works by well-known directors that have shown, and mostly won, in esteemed festivals from around the world.

The 32nd Istanbul Film Festival will kick off on Friday March 29th with an opening ceremony held at the Istanbul Lütfi Kırdar International Congress and Exhibition Palace. Immediately following the ceremony will be a showing of Pedro Almodovar's 'I'm So Excited'. The closing ceremony, held on April 14th will be held at the Cemal Reşit Rey Concert Hall and will include an awards ceremony for the Golden Tulip Competition as well as for a variety of other categories. The ceremony will be followed by a final showing of the winning film in the Golden Tulip International Competition.

In addition to the films contending in the Golden Tulip National Competition category, the Turkish Cinema 2012-2013 category, both sponsored by Efes, who have been festival sponsors for the past 26 years, will be showing a wide selection of 31 films divided into three categories, Out of Competition, New Turkish Cinema and Documentaries.