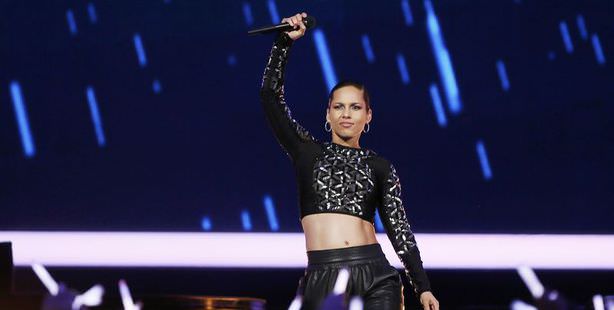 One of the leading vocalists of our times, Alicia Keys will be performing in Turkey for the first time ever on July 2nd for this summer’s Istanbul Jazz Festival.

The 20th Istanbul Jazz Festival will be hosting internationally acclaimed R&B and soul music performer Alicia Keys. The 14 Grammy award-winning American singer, songwriter and composer Alicia Keys will be performing her first concert in Turkey on Tuesday, July 2nd at 21:00 at the Küçükçiftlik Park in Maçka, sponsored by Garanti Bank.

Alicia Keys, who is known just as much for her vocal prowess as she is for her songwriting talents, released her fifth album entitled 'Girl on Fire' in May 2012, reestablishing her place at the top of the charts. The album, which includes duets with the likes of Maxwell and Nicki Minaj, hit number one on weekly charts after its release. Alicia Keys will be setting off on her European "Set The World On Fire" tour, which includes stops in London, Paris, Vienna, Monaco and Munich after which she arrives to Turkey to perform for fans on July 2nd at Küçükçiftlik Park for this summer's Istanbul Jazz Festival.

Tickets for Alicia Keys' concert go on sale on Saturday, March 23 at 10:00 am at all Biletix ticket sales locations, Garanti Bank atm machines and the at the İKSV main entrance (every day except Sunday from 10:00-18:00).

Five thousand tickets will be sold at 80 TL for general seating, with a limited number of student tickets also available for 60 TL. Those seeking front-stage seats will have two ticket options at 150 TL and 250 TL depending on proximity. In addition, exclusive tickets to watch the show from a special platform will also be on offer for 400 TL.