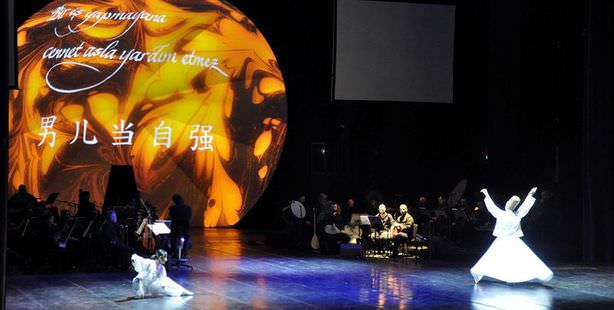 The opening ceremony for the 2013 Year of Turkish Culture in China was held last night in Shanghai’s Oriental Art Center.

The opening ceremony for the 2013 Year of Turkish Culture in China was held last night at the Shanghai Oriental Art Center. In addition to a number of Turkish and international representatives in China, many Turkish citizens were also out in force celebrating the gala.

The evening included a number of shows and presentations that combined elements of the two cultures as well as a dance performance by a 140-member group that flew in from Turkey for the event.

The 2013 Year of Turkish Culture in China official kicked off on March 12th with an opening ceremony in the Chinese capital of Beijing that was attended by Minister of Culture and Tourism Ömer Çelik and his Chinese counterpart Say Vu.

Throughout the year, Turkey will be exhibiting remnants from its ancient civilization and modern works of art, including film, ballet, folk dancing, handcrafts, painting and music. Events will be held throughout 12 Chinese cities, including Beijing, Shanghai, Hong Kong and Shenzhen.