‘The End’ of Hollywood 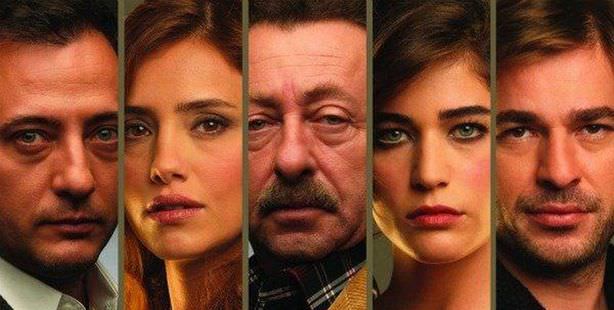 The new rising popularity of Turkish television shows, which are broadcasted in 42 different nations spanning from Sweden to Vietnam, has now made its way to the United States. Turkey’s most recent export ‘The End’ will be hitting Hollywood where it hurts, at home.

Competing with the likes of shows produced in Hollywood, Turkish television series, which are broadcasted in 42 different countries including Vietnam, the United Arab Emirates, Croatia and Armenia are now in demand by the global center of the television and film industry itself.

Bringing in nearly 100 million dollars annually in TV show exports, Turkey's television industry has now sets its sights on Hollywood. Turkey's latest export, the romantic mystery drama 'The End' (Son), which was also the first Turkish television series to be bought by Sweden and broadcasted in Western Europe, is now in demand in America.

Internationally acclaimed production company Sander/Moses Productions will soon be bringing the show, which was broadcasted on Atv in Turkey, to American viewers. Ian Sander, the owner of Sander/ Moses Productions, says that the show will be readapted for its U.S. release.

Ian Sander, who says that 'The End', which was produced by Ay Yapım, will be the first Turkish television show to be distributed throughout the U.S, recently announced, "Turkish productions have began to receive wide attention of late throughout the world. It is difficult to find a script that is at this level of high quality." Sander/Moses Productions is best known for being the producers of Ghost Whisperer in addition to a number of other shows.

'The End' was released in Sweden in January under the title 'The Lie' and has since drawn high interest in Europe. Broadcasted on the Swedish state STV channel, which will also be hosting the 2013, Eurovision Song Contest, 'The End' has been breaking national viewership records. According to Sweden's famous television critic, Anders Björkman, the series is the best foreign show this season in all categories. Björkman says that 'The End', which he calls a high-dose international suspenseful drama, has beat out shows from America for being the best foreign television series broadcasted in Sweden.