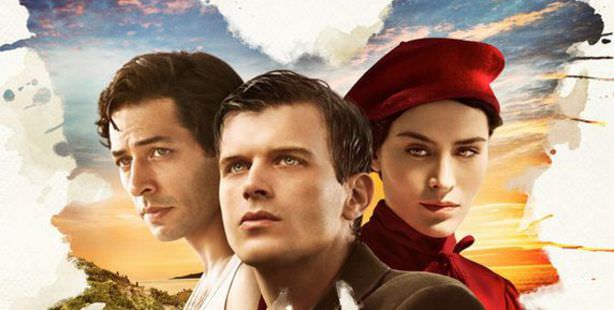 The Turkish Minister of Culture and Tourism has revealed that ‘Kelebeğin Rüyası ' (The Butterfly’s Dream) has been nominated to compete in the "Best Foreign Film" category for the 86th Oscar Academy Awards.

Minister of Culture and Tourism Ömer Çelik has announced on Twitter that Turkey has decided to submit actor, screenwriter and director Yılmaz Erdoğan's feature film "Kelebeğin Rüyası" (The Butterfly's Dream) as its official candidate for next year's Academy Award for Best Foreign Language Film.

Starring Kıvanç Tatlıtuğ, Mert Fırat, Yılmaz Erdoğan and his wife Belçim Bilgin, 'Kelebegin Ruyasi' (Dream of the Butterfly) was released on February 22, 2013 in theaters in Turkey, Europe and the Middle East to high acclaim.

Minister of Culture and Tourism Celik revealed the news on his official Twitter account on Tuesday that 'Kelebegin Ruyasi', which was sponsored by the Ministry, will be Turkey's Oscar contender.

"The members of the Commission of Artistic Activity have nominated the film 'Kelebegin Ruyasi' to run in the "Best Foreign Film" category of the 86th Oscar Academy Awards, to be held at the Dolby Theater in Hollywood, United States, on March 2, 2014," said the statement.

The film "Kelebegin Ruyasi (Dream of the Butterfly)," which depicts Turkey in the 1940s as well as in the days of mobilization during the Second World War, tells the story of two young poets' struggle with life and love.