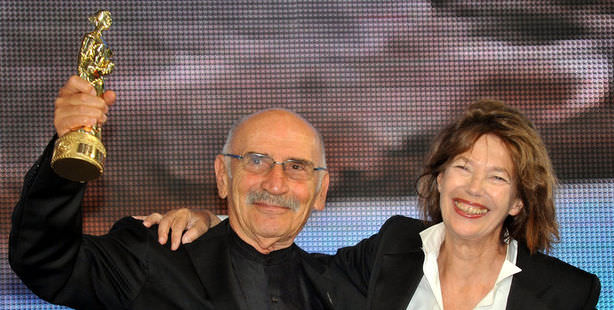 Famous Turkish actor Tuncel Kurtiz passed away on Friday, September 27 at the age of 77. Famous movie stars and personalities flocked to his home throughout the day to offer their condolences.

Veteran Turkish theater, movie and television actor, playwright and film director Tuncel Kurtiz passed away on Friday, September 27 at the age of 77. The famous actor is said to have passed after falling to the ground when he returned to his home in Etiler, Istanbul after working out in the morning.

Kurtiz was born in Izmit, Kocaeli in 1936 and graduated from the Department of English Language and Literature at Istanbul University. He began acting at the Dormen Theater in 1959. Since then, he has acted in numerous national theaters as well as abroad. In the 1970's he was director for the German-Turkish "Türkisches Ensemble."

Kurtiz's first film role was in 1964 for "Şeytanın Uşakları, however he became famous after playing in the film "Sürü." Since 1964, he has acted in more than 70 movies, including many international productions, however he is best known for his role as "Ramiz Dayı" in the popular Atv broadcasted television series "Ezel". He also played the role of "Ebu Suud" in the series "Muhteşem Yüzyıl" (Magnificent Century).